The Pigeon Guy has serviced the Phoenix Valley for 14 years, and in that time we have seen numerous attempts to rid their property of pigeons. Some attempts were comedic as others could be considered creative, but each was a failed attempt at outsmarting the pigeon population. So here are The Pigeon Guy Awards for home remedy fails.

MOST POPULAR: the fake owl. You see these being sold at nearly every home improvement and hardware store. You can get them in all shapes, colors and sizes. Some are solar powered with a head that moves. Some look scary, some look cute, but we can assure you, none of them work to keep the pigeons out of the area. 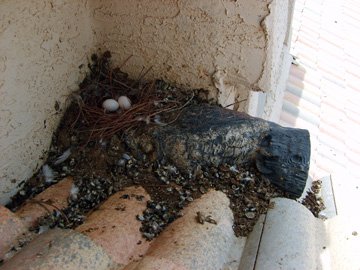 LEAST EFFECTIVE: the toy rubber snake. I’m not sure who started this trend? Pigeons are actually intelligent birds that are highly instinctive. These rubber snakes have no chance of deterring a determined pigeon. 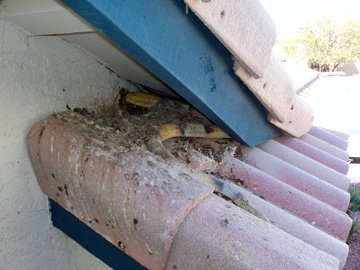 MISUNDERSTOOD: Store bought Pigeon Spikes. Probably the most known pigeon deterrent is the spike. These applications can work, but becomes a great anchor for pigeon nests when they are not applied correctly. Our technicians are removing ineffective pigeon spikes on a daily basis.

BEST SLYVESTER IMPRESSIONATION: Cats. We have seen many cats around various roofs and properties, and have seen hundreds of pigeons around the same properties as well. Cats may be notorious for snacking on a bird or two, but one thing is for sure, they are unable to keep entire flocks off of properties.